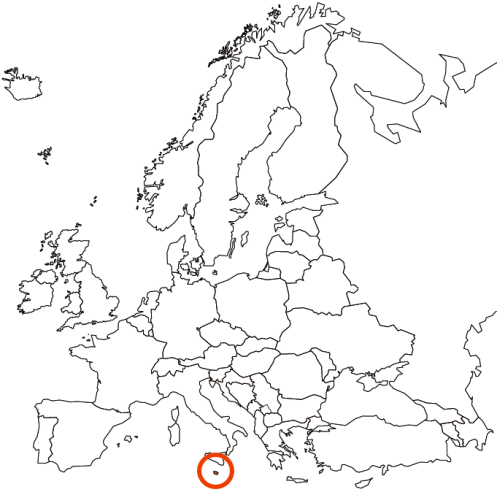 Malta sits at the crossroads of Italian, Middle Eastern, and North African cuisines, and as such has a fantastically diverse flavour profile that I was eager to explore. 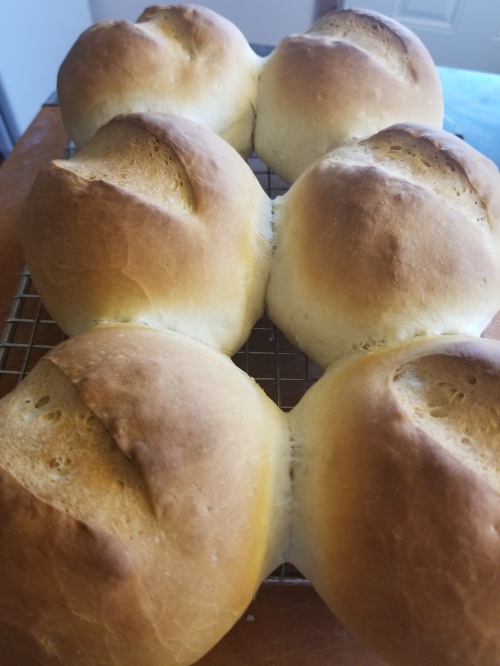 Hobz tal-Malti: Maltese bread — crusty on the outside, pillowy on the inside, often served with olive oil for dipping. 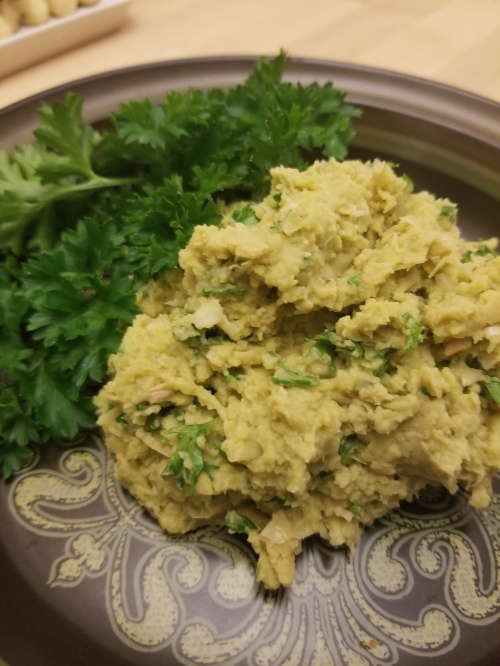 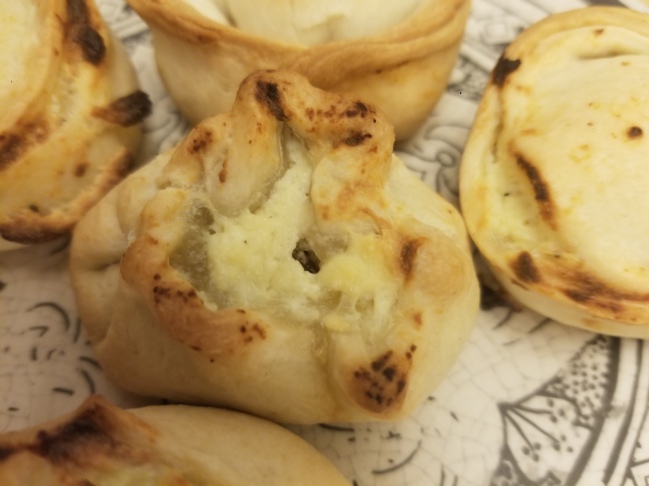 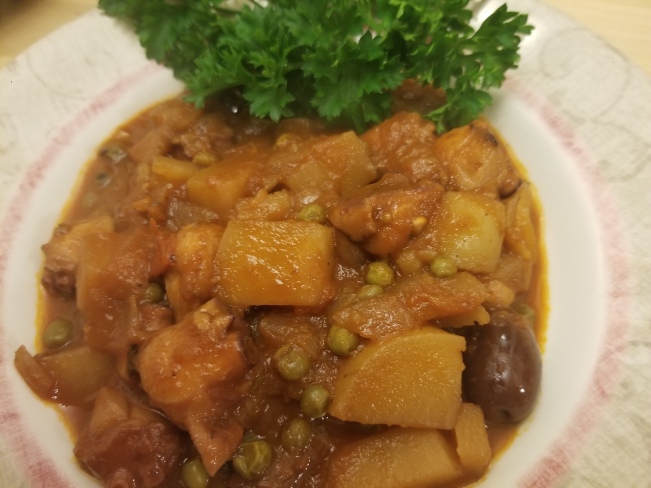 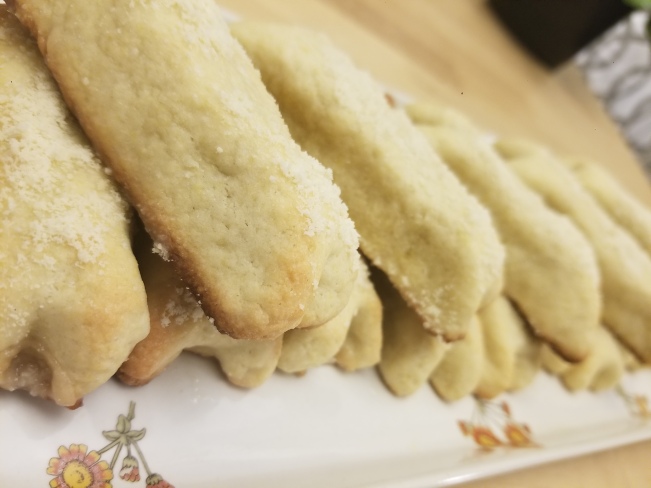 L-ghadam tal-Mejtin: Shortbread cookies with a ribbon of marzipan in the centre. These cookies, shaped into bones, are served all through November in honour of All Souls and All Saints Days.

The only two ingredients I had any concern about finding was the octopus and the marzipan (remember, we live out in the country now). However, I found really nice frozen octopus at a local market, which turned out to be very tender when cooked. The marzipan turned up at a Bulk Barn an hour’s drive away. 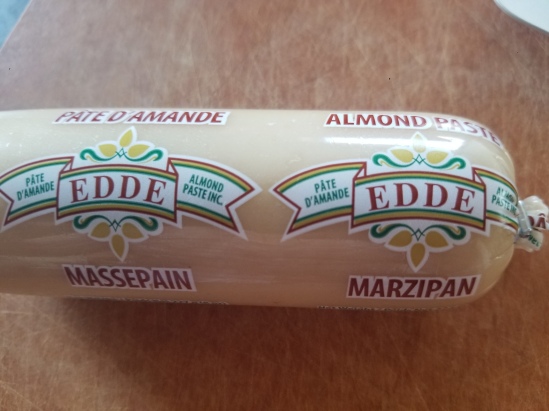 Things went smoothly from the beginning. I was whipping up dishes like nobody’s business, but I hit a snag when it came to the qassatat. I worked the dough too much and overdeveloped the glutens. My dough became too springy to fold and for the life of me I couldn’t recreate the beautiful qassatat of the internet. I ended up making just five little qassatat and then gave up. I figured two and a half each for me and Eric was plenty.

The table looked fantastic when everything was laid out, with the golden Maltese bread beside deep red servings of octopus stew and a pile of green bigilla. We tore open the bread first and dipped it in olive oil. Even though the little loaves had cooled by then, they were as fluffy as can be, and we dipped them into the stew next. There was where I also encountered a bit of trouble. The recipe had me add the potatoes immediately after the red wine, but I later learned that potatoes cook very, very slowly in an acidic environment. I cooked the stew for almost two hours before they got soft enough to serve. Lesson learned. Still, the stew was excellent, with tender, juicy pieces of octopus in the tart, vegetable-filled gravy. 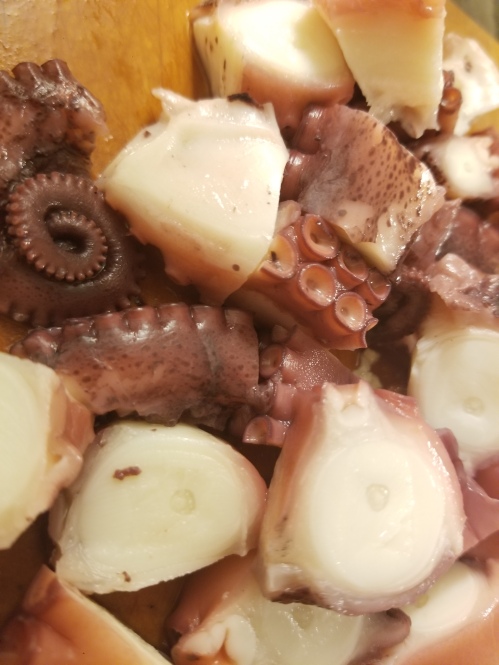 I loved the bigilla. If you like hummus, you are sure to enjoy this somewhat earthier cousin. I had made it in the afternoon, and it became stronger as the day went on. By dinner time, it packed a garlicky punch.

After so much work, the qassatat were just fine. The crust turned out very well in the end, and the cheesy centre, studded with raisins, didn’t disappoint. 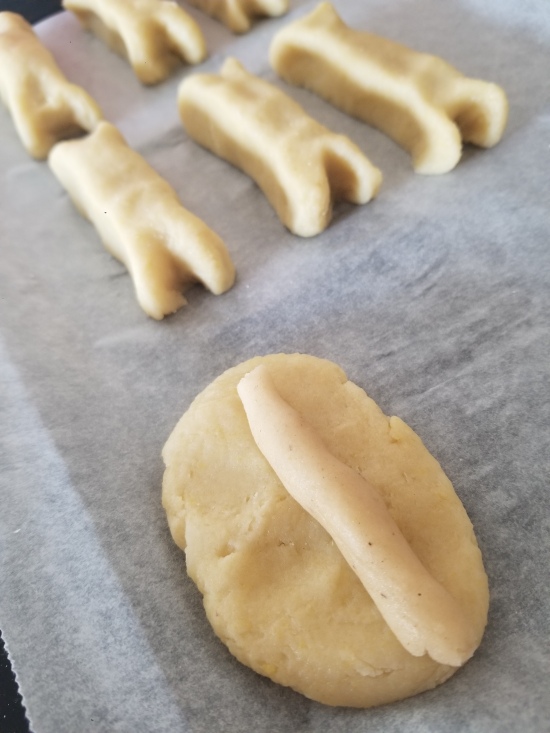 The bone cookies were fabulously decadent. Each one probably weighed about half a pound. They were a perfect mix of chewy and crumbly. It took a lot of effort to shape them, and mine were only vaguely bone-shaped, but they tasted amazing. We both indulged in two each, and two more for breakfast the next day.