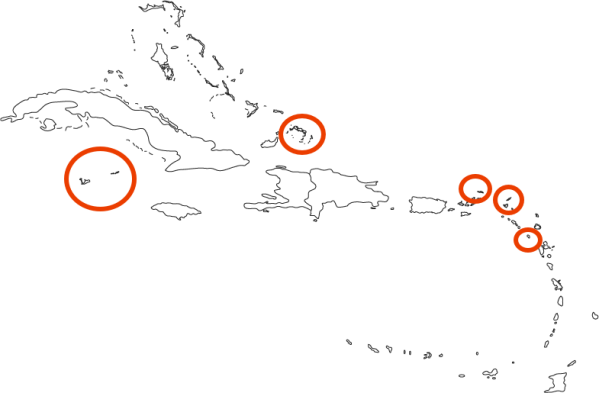 When we first conceived the Wooden Spoon Wanderer blog, one of our first tasks was to create a list, as exhaustive as possible, of places we wanted to cook from. Most are sovereign nations, but others, like this assignment, are non-sovereign territories with a distinct culinary tradition that we don’t want to miss. The British Caribbean technically comprises some countries in their own right (Jamaica, for example) that are on our list as separate entries, so for the sake of exploring some new ground, Eric focused on Monserrat, the Cayman Islands, British Virgin Islands, Turks and Caicos, and Anguilla.

Johnnycakes: Fried corn patties similar to a pancake, enjoyed for breakfast and snacks throughout the Caribbean.

Eric found everything he needed at a supermarket in our nearest large town, including all his spices, lobster tails, and angostura bitters. 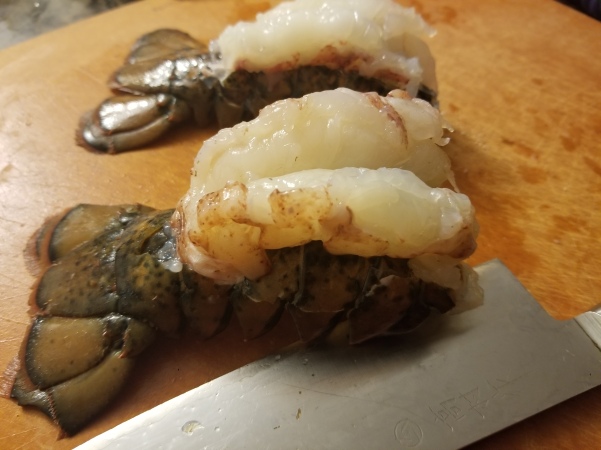 I was out for the few hours Eric spent in the kitchen. When I returned home, the kitchen window was open, music was playing, and the smell of spices wafted out to me. Eric was busy putting the finishing touches on his Caribbean feast. 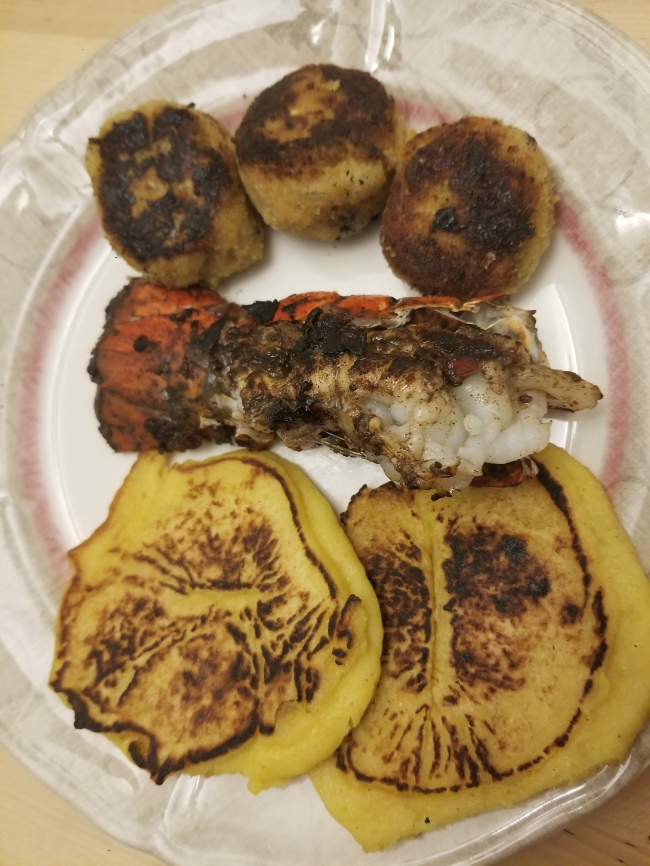 We sat down to full plates of lobster, johnnycakes, and aubergine patties. The coconut drops were arranged on a painted plate and the kettle was on for tea. We dug into the lobster first, since it was impossible to resist. The meat was tender and juicy, and blackened with jerk spice. Eric’s recipe called for a generous amount of allspice, and that came through the most, blending with the subtle sweetness of the lobster and balanced with garlicky saltiness from the jerk.

The aubergine patties were crispy on the outside, soft and creamy on the inside. Their flavour was simply oniony/eggplant-y — a true comfort food.

Johnnycakes — the corny cousin of the pancake — are enjoyed all over with a variety of toppings, or on their own. Indigenous peoples of North America are credited with having taught the recipe to European settlers (the name may derive from “Shawnee cake”, although other theories abound), and it has since spread from coast to coast and down into the Caribbean. Eric’s johnnycakes were simple and rustic, and basically delicious. 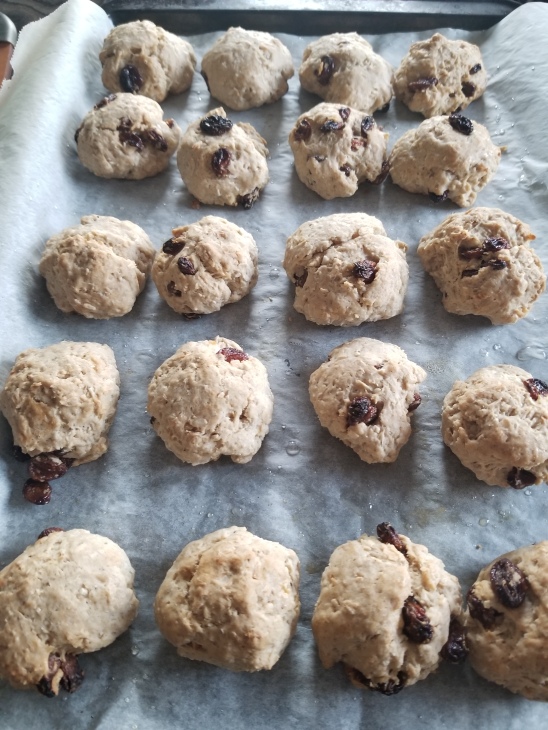 Our meal concluded with tea and coconut drops. The cookies derived most of their sweetness from the raisins, and otherwise were quite plain, perfect for dipping into hot tea after a big meal.

Coconut Drops With Your Tea.