Eric went into this assignment expecting to struggle to find recipes, but was surprised to find enough resources to put together a menu. The Marshall Islands has a standard Oceanic flavour profile with some Chinese influence to it. Eric knew fish would feature, and opted for a classic dish with a couple of sides and an unforgettable dessert. 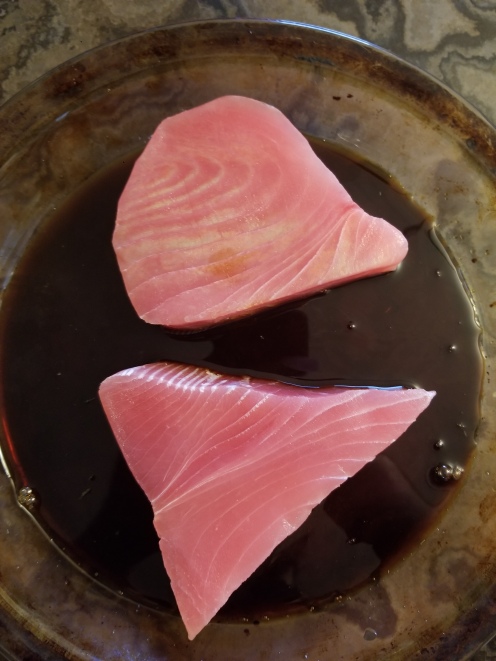 Marshallese Yellowfin Tuna: Juicy tuna fillets seasoned with soy sauce, nutmeg, cinnamon, ginger, and coriander, wrapped in banana leaf and baked in the oven. Eric served it up with a slice of grilled pineapple on top.

Chukuchuk: Calrose rice shaped into balls and rolled in shredded coconut. Typically eaten by hand, Eric found this to be the most prevalent of Marshallese recipes.

Jekaka: Crispy, salty breadfruit chips. Eric was unable to find a breadfruit where we live in rural Ontario, so he ordered packaged chips online. 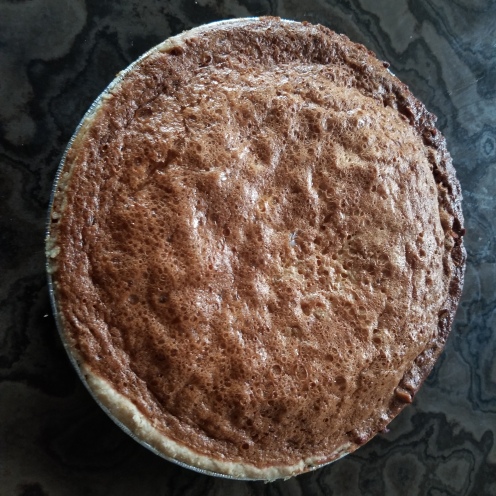 Eric found most of his ingredients locally, including frozen yellowfin tuna. He had to order the breadfruit chips and banana leaf online (from the very helpful Kitchener-based mychopchop.ca). 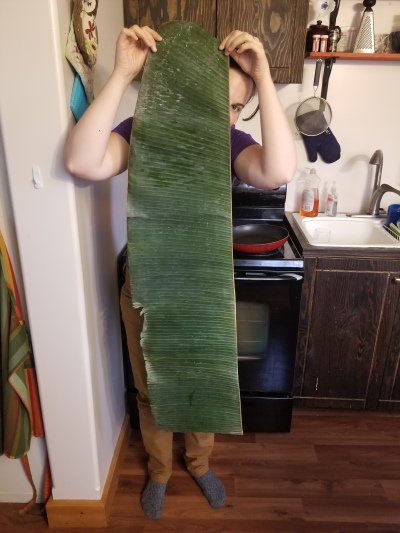 We sat down to a table full of Eric’s Marshallese creations. We started on the tuna, which was was bursting with flavour, including a mild coconut-iness from the coconut oil Eric had brushed on top. The fish went perfectly with the juicy grilled pineapple.

The chukuchuk were a carb-lover’s delight. Calrose rice is a little starchier than long grain rice, so it sticks together well. Eric had made a few chukuchuk the night before to test the method, and found then easy to make — and very nice to eat. 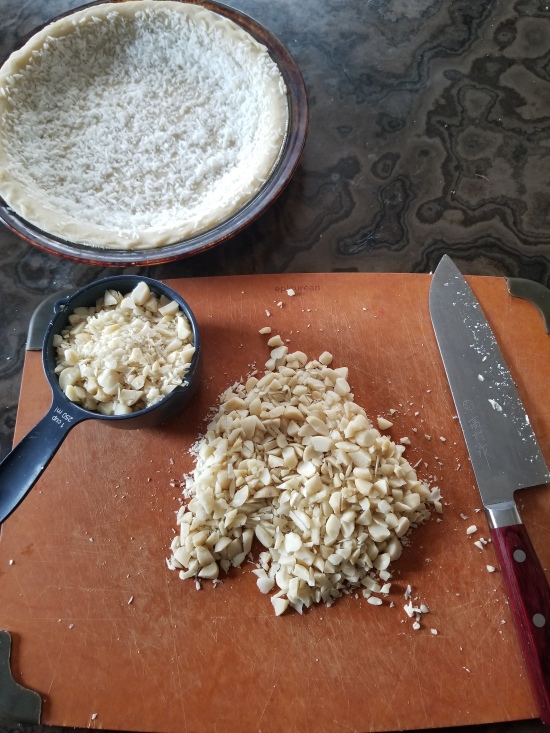 We munched on jekaka throughout our meal, and finished with the pie. This is no dessert for the calorie-conscious. Loaded with macadamia nuts and finished with coconut cream-based whipped cream, it is absolutely decadent, and we had to pace ourselves. It has a sugar-egg-corn starch filling not unlike a buttertart, but is loaded with nuts. The whipped cream sends it over the edge.