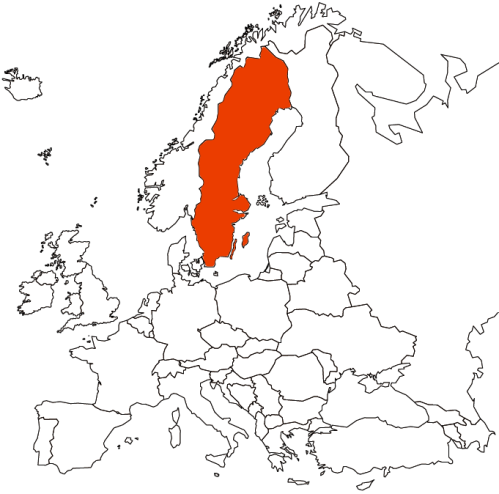 Oh, that Wooden Spoon Wanderer insecurity…that feeling in the middle of an assignment when a little thing goes wrong and derails your whole process. Eric was plagued with it during this assignment. He was working with some ingredients he had never used before, and one of his dishes burned and had to be done over due to the recipe’s spectacularly inaccurate cooking times.

“We’re gonna eat late,” he kept saying, worried that his cooking would take ages. And: “This probably won’t be great.”

The dinner that emerged, however, merited none of this anxiety. That’s what’s so sneaky about WSW insecurity: It’s so very often untrue. 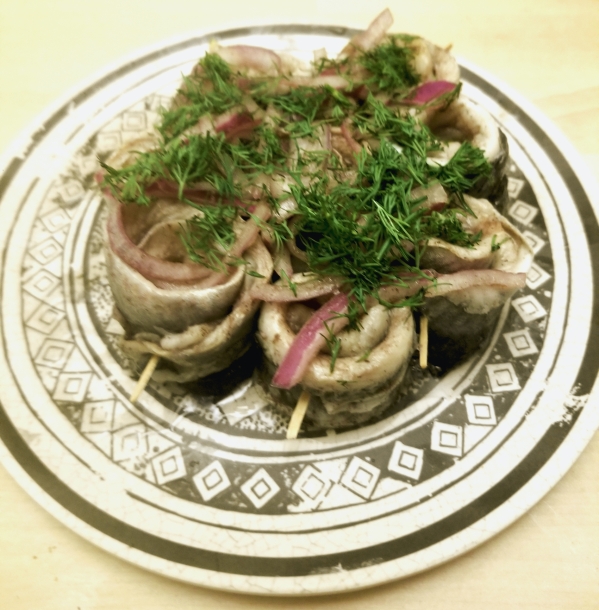 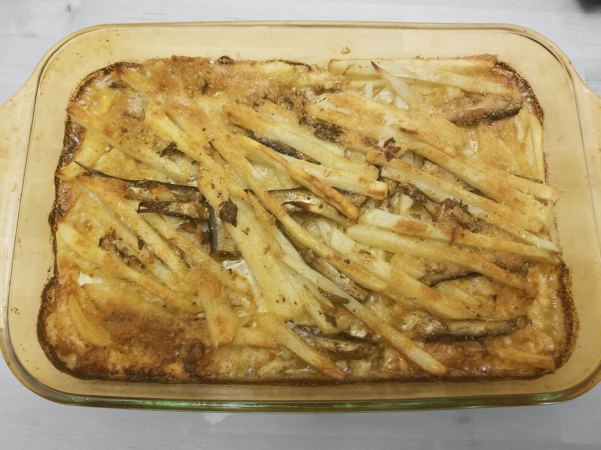 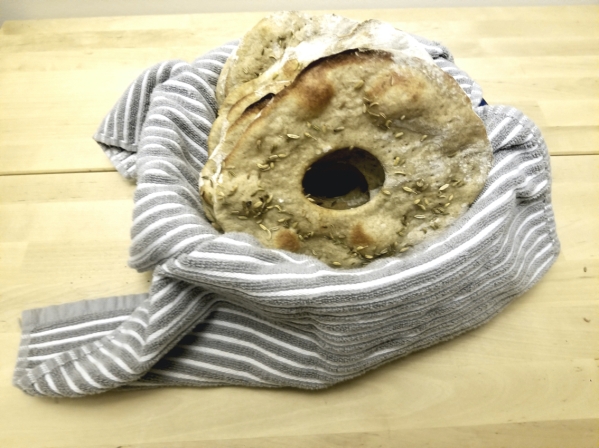 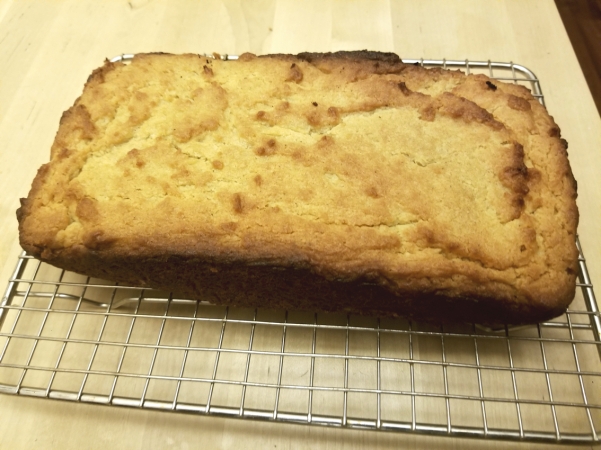 Tart lingonberries are the cranberries of Sweden, and are enjoyed in desserts and as a tea, along with the less prolific and sweeter cloudberry. We looked high and low for lingonberry or cloudberry anything — jam, tea, whole or dried fruit — for Eric’s menu, and came up empty handed. Still, we tried our best and ended the search knowing we looked everywhere we could think of.  Even a four hour drive to one of Toronto’s Ikea stores  would have been within the realm of our WSW commitment level, but they are currently closed due to the COVID lockdown. The final option would have been to order online, but because we’re into the Christmas season, delivery would have taken several weeks, and we’ve been on such a nice WSW roll that we didn’t want to wait. So, no lingons or clouds for us.

Eric found herring and sprats at a large supermarket in a nearly town, and everything else came from our local market.

Despite Eric’s concerns as this and that went wrong (something nearly always does during these assignments, since we are trying new recipes with new ingredients, and we are neither of us trained cooks), the finished meal was a beautiful celebration of Swedish flavours, from the herring appetizer to the last bites of buttery sand cake. 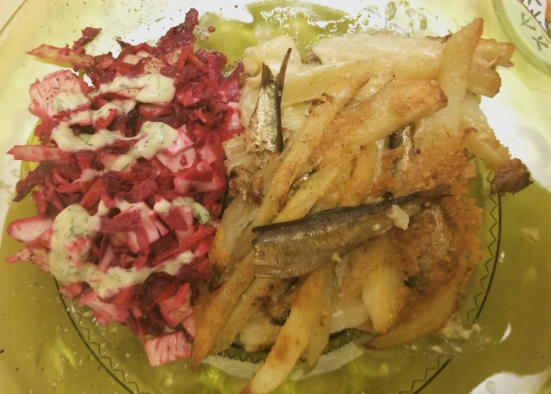 We’ve had recipes call for salted herring or fresh herring a few times for the blog, and have never been able to find it in our region of Canada. The closest thing is herring in brine, which is what Eric used for his herring dish. Because the brine is already a bit sweet, the resulting dish was perhaps somewhat sweeter than it might have been with salted herring, but it was still delicious. Herring is a very fishy fish, which I love. The sweetness went very well with the tangy onions and fresh dill. 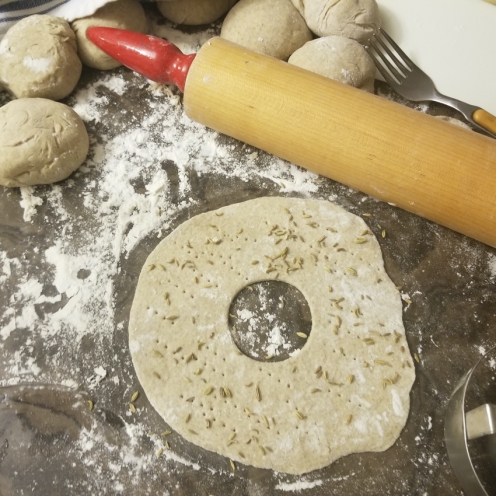 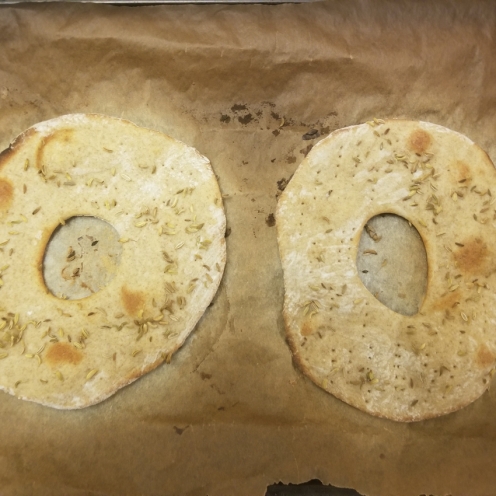 Eric had called me into the kitchen for some help with the knäckebröd in its early stages, so I saw baby bröd, but seeing the finished product lovingly tucked into a tea towel was very exciting. The bread is more cracker than bread, and has the nice depth of flavour you would expect from a rye. We enjoyed it with herring, and we’ll eat the leftovers with (non-lingonberry) jam.

The salad was crisp and refreshing, with a mild flavour allowing the simple dressing to shine. We ate it, too, piled on knäckebröd. 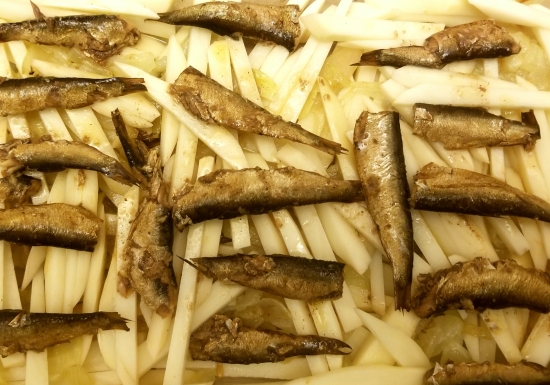 Jansson’s Temptation was the star of the table. The potatoes were melt-in-your-mouth soft, the onions were oh-so-buttery, and the sprats lent the dish a kick of fishiness. This recipe is said to have been a favourite of a 1900s Swedish opera star, and is especially enjoyed around Christmastime.

The sandkaka was very buttery, nicely spiced, and on the second try, was cooked to perfection. We debated whether the cake got its name from the colour or consistency (it does have a somewhat sandy nature). Either way, it was a fine way to end the meal.