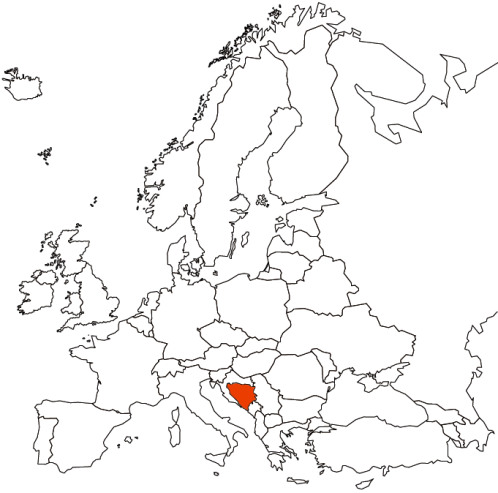 This assignment followed Eric’s culinary journey to Moldova, and my expectations were confirmed when I saw that there was a great deal of crossover in ingredients and recipes between Moldova and Bosnia. The first few recipes I found were too similar to ones Eric had just done, but eventually I compiled a menu that I felt would represent Bosnian food nicely while also taking us in a different culinary direction from the last assignment. 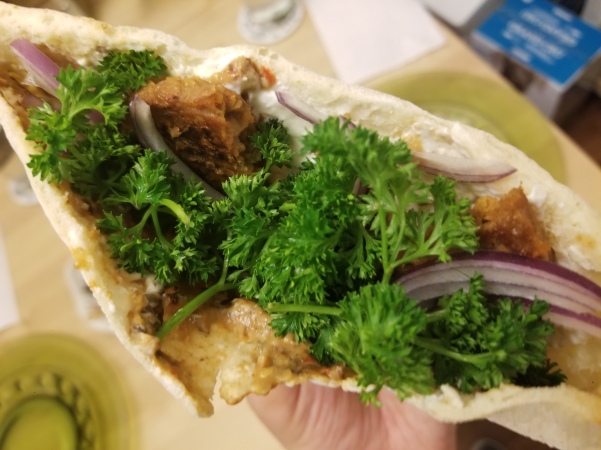 Lepinja with Ajvar and Kajmak: Fluffy pita bread pockets smeared with cheesy kajmak (a  dairy product found throughout Southern Europe and the Middle East and known by a variety of names), smoky ajvar (an eggplant and roasted red pepper spread), and filled with parsley, red onion, and beef or lamb. I rated this as a high difficulty only because of the amount of labour involved — pita from scratch, ajvar from scratch, kajmak from scratch…you get the idea — but no single part of this dish was overly difficult.

Prep and cooking time: 4 hours (including rising time for the lepinja)
Difficulty: 4/5 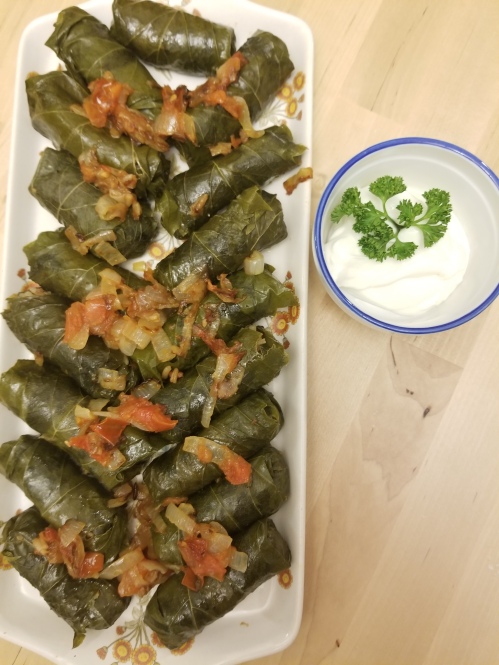 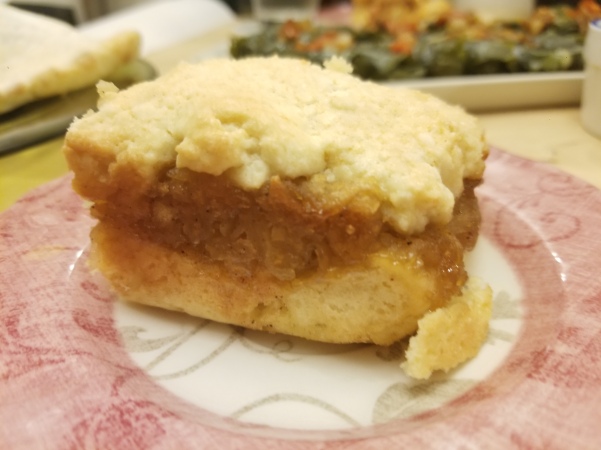 Lijena Pita: Literally translated as “lazy cake,” this dessert can be filled with different things, but I opted for grated apples and cinnamon.

The only ingredient I needed that I felt might take some searching was the grape vine leaf. I remembered having seen it in one market or another and finally tracked down grape leaves in a jar at a store about an hour away that offers a more international selection.

I got started in the kitchen shortly after 1:00 in the afternoon, and had dinner on the table around 6:45 (okay, I did have a little nap in the middle…the dog begged me to). This assignment had really nice pacing. Nothing too much was happening at once, and I had all the time I needed to focus on one thing at a time.

Putting together the lepinja took the longest. I made the kajmak first by blending together feta cheese, cream cheese, and sour cream. The result is a tangy, salty spreadable cheese product. It went perfectly with the sweet-and-smoky ajvar. Ajvar has featured on WSW menus of the past, but this variety was made sweeter with the addition of a handful of prunes blended into the eggplant, garlic, red pepper base. 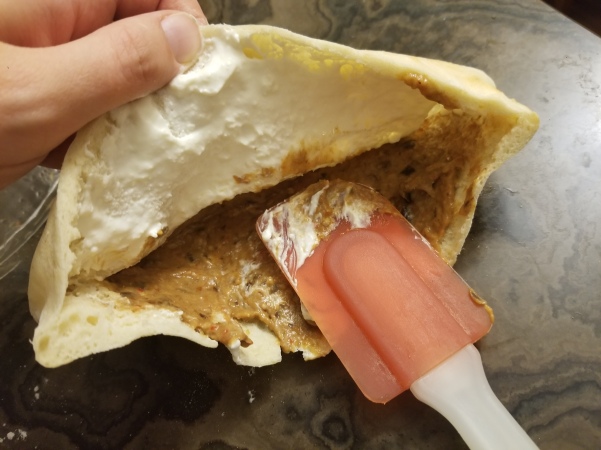 Once the spreads were made, it was time to turn my attention to the lepinja themselves, since the recipe called for roughly three hours of rising time, split into two shifts. I’ve made plenty of pita bread before, and this was no different. One recommendation that I took to heart this time was to handle the bread as little as possible after rolling it out. This ensures a fully puffed pita. It worked like a charm — all my lepinja breads ballooned up beautifully in the hot oven. 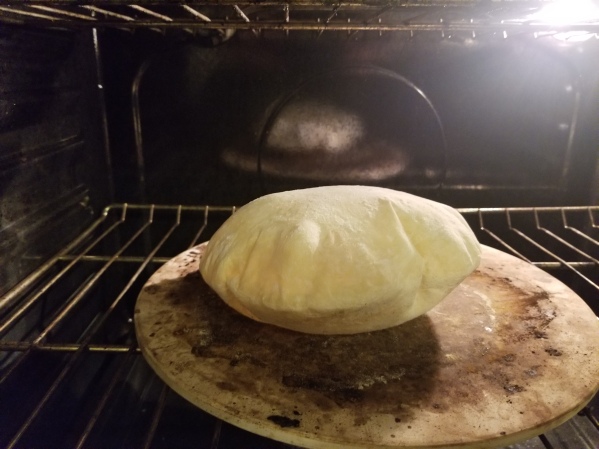 The last step was the meat component. The excellent recipe I used included instructions for a beef/lamb kebab, but after so much work already, I decided to use Sol veggie burgers for the protein instead of putting together a soy beef kebab. A few sprigs of parsley and some thinly sliced red onions, and my lepinja were fat with filling. They were a fantastic collaboration of flavours and textures. Halfway through mine, I was already daydreaming about eating the leftovers tomorrow.

The japrak were another success. I had worried about the process of folding the grape leaves around the rice and beef filling, but the leaves were sturdy and flexible and very easy to work with. The finished product was delicious: the grape leaves themselves have a sour/earthy flavour profile, and I loved the filling. I adapted the recipe somewhat since it didn’t call for rice, but japrak can be filled with rice, beef, or both, and I wanted both in mine. 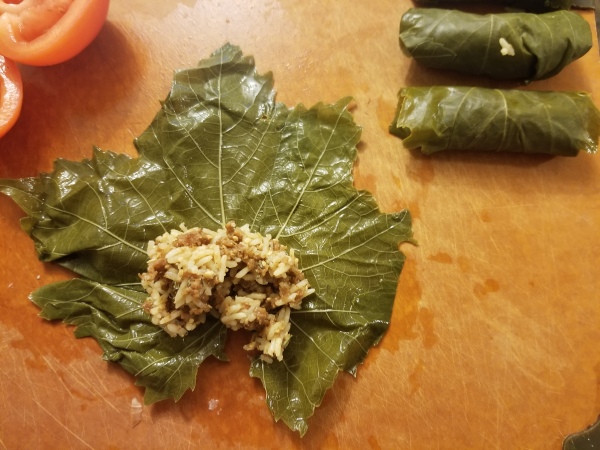 We ended our meal with crumbly lijena pita. It was a delicate cake, not too sweet, kind of like a scone or biscuit, and then paired with sweet, juicy shredded apple in the middle. We both raved about it, and are again already making plans for the leftovers.