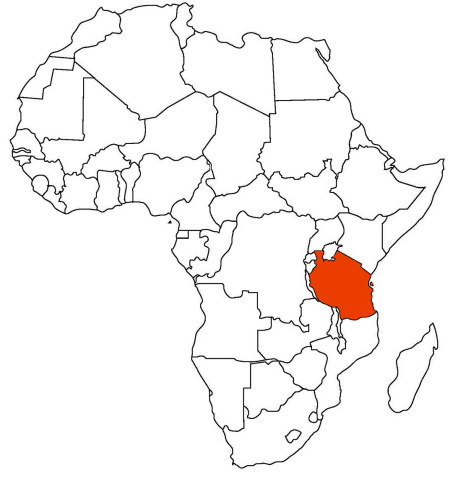 It was Eric’s first time undertaking an assignment since January. A combination of procrastination on my part (it took me forever to get his last assignment up on the blog) and an unavoidable interruption due to coronavirus led to a long hiatus that has thankfully now been broken. Our last African culinary experience — Botswana — was all the way back in September, however, so we were long overdue on multiple fronts.

Eric and I have been accessing snippets of The World Cookbook for years, thanks to Google Books, but we have recently acquired the four volumes in their entirety. The book is by no means an exhaustive resource, but it’s a great place for a few solid recipes. Eric used The World Cookbook in conjunction with a couple of blogs to piece together his menu. 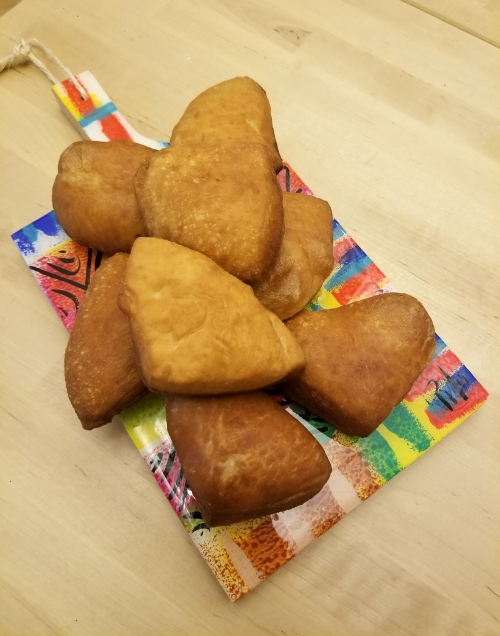 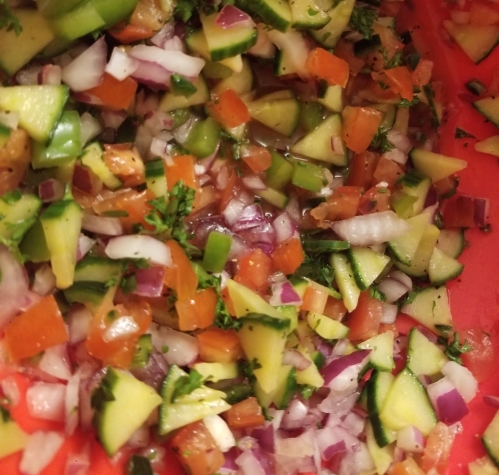 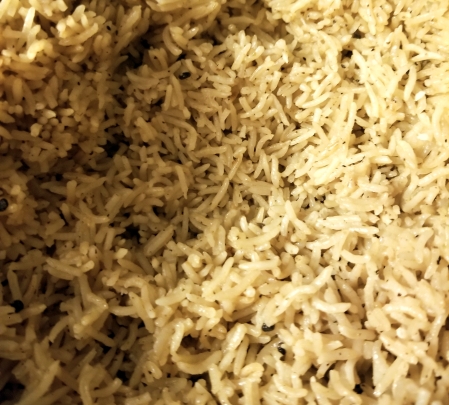 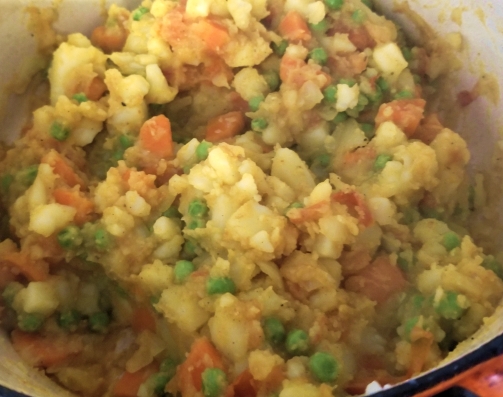 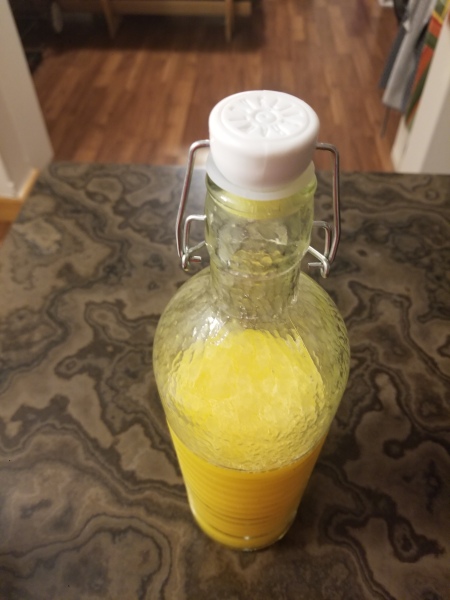 Mango and Orange Drink: A thick, sweet fruit nectar made from fresh mangoes and oranges.

This is our first assignment since leaving Toronto, and so it was our first experience without the backdrop of international shops, bulk stores, and fishmongers that made shopping for WSW so manageable. Here in our country village, ingredients are harder to come by, so we ventured to a nearby town where a larger market provided a few harder to find ingredients. 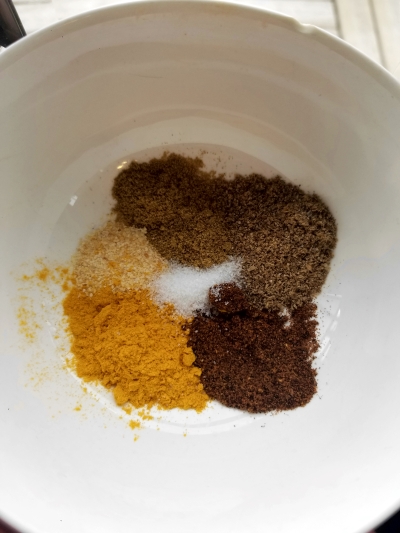 I worked until 9:30pm on the night of this assignment, so it was dark when I walked home, stomach growling, anticipating a Tanzanian feast. As I walked up to our front door, I could see Eric through the kitchen window, making a few final touches to our plates. 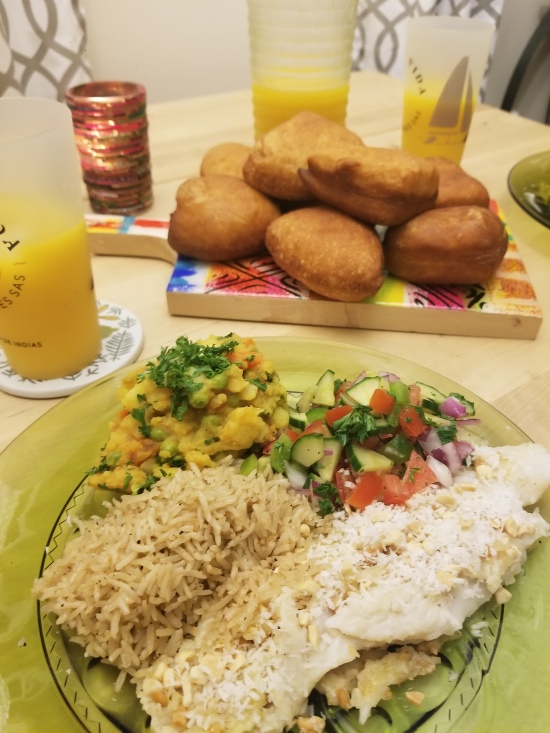 We bit into the coconut crusted fish first, which Eric said with disappointment did not look like the pictures. The crust itself had not stuck well to the fish during frying. The recipe had called for a half hour of marinating in lemon juice, so my guess is the fish was quite wet after that and needed to be patted dry before dipping in egg, coconut, and peanuts. While it may not have looked the way it was supposed to, the flavour was great. The fish was juicy and the flavours of peanut and coconut complemented the lemony undertones.

The pillowy mandazi looked so beautiful on their tray, and I couldn’t wait to try them next. I was surprised when Eric said they were to be eaten alongside the onion-y kachumbari, since the mandazi are basically triangular doughnuts. But the slight sweetness of the bread and the zesty-ness of the salad went together perfectly.

The pilau looked beautiful also, and it was one of my favourite dishes on the table. The spices came through one after another with each bite. It was a sweet rather than salty pilaf, with cinnamon and clove standing out the most. 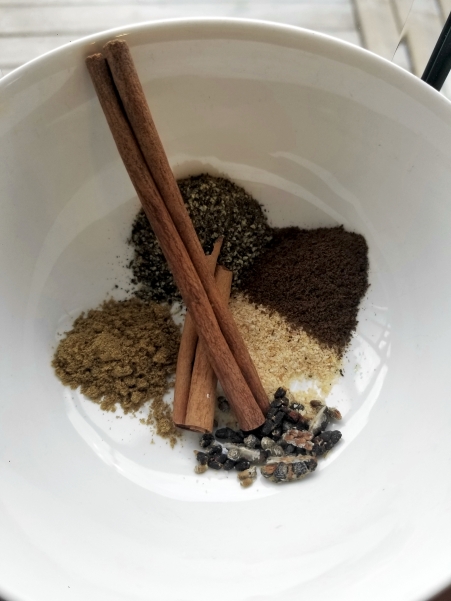 Zanzibar’s cuisine is highly influenced by India’s since it was a key stop along the spice trade route, which explained the bright yellow curried potatoes on our plates. They were simply delicious, with a mild spice and a melt-in-your-mouth texture.

We accompanied our meal with gulps of thick, sweet mango and orange drink. 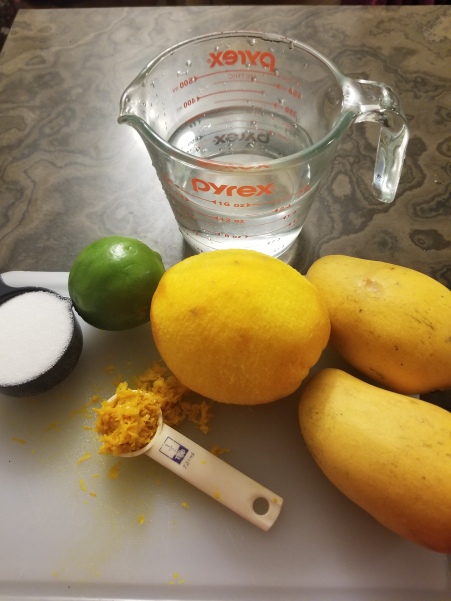 How to prepare the most delicious recipe from Zanzibar