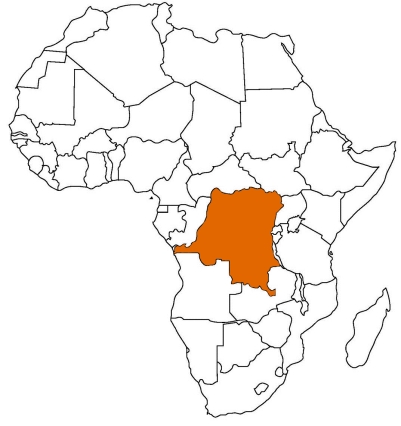 This was the first assignment after a holiday hiatus that gave Eric and I some much-needed rest. I have to say that I enjoyed taking a bit of time away from the blog so I could look forward to it again. I dove right back in to Wooden Spoon Wandering with this Congolese feast.

I found a great online resource called the Congo Cookbook that features recipes from all around the Congo River area. I built a menu that I felt had a good variety of flavours and showcased the culinary traditions of the DRC.

Saka-Madesu: Chard stewed with leek, onion, green bell pepper, and white beans. This recipe would traditionally be prepared with cassava leaves, but I was sadly not able to find any.

Baked Fish and Eggplant: A casserole of mashed eggplant, tomato, onion, and spices with layers of sole.

Fufu: A buttery plantain mash used to scoop up bites of stew. This is the pap/nshima/sadza of central Africa. Fufu can be made from a variety of tubers, including yam and taro. 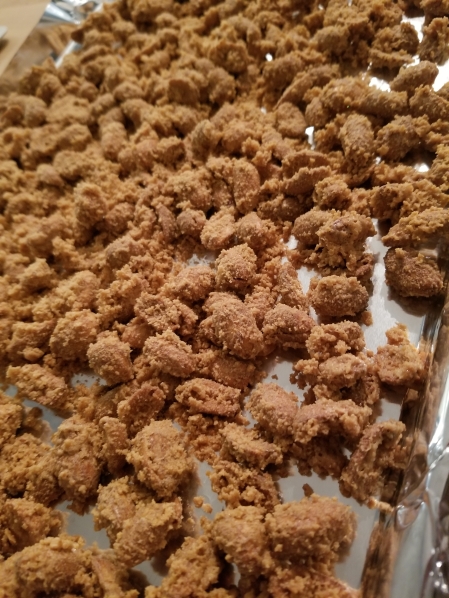 Sugar Peanuts: Peanuts glazed with sugar and baked until crunchy.

I hunted all over the city of cassava leaves, and did find them in frozen packets at a couple of locations, but felt that a fresh green would feature much better in the saka-madesu, so opted for an internet-approved substitution — chard. I found chard and all other ingredients at my local supermarket.

I started dessert first — peanuts coated in a sugar and water syrup and then baked to crunchy perfection. I tasted the peanuts before baking and worried that they were too soft. I loudly declared to Eric that they were no good. After baking, they were crunchy and delicious, though, so I spoke too soon. 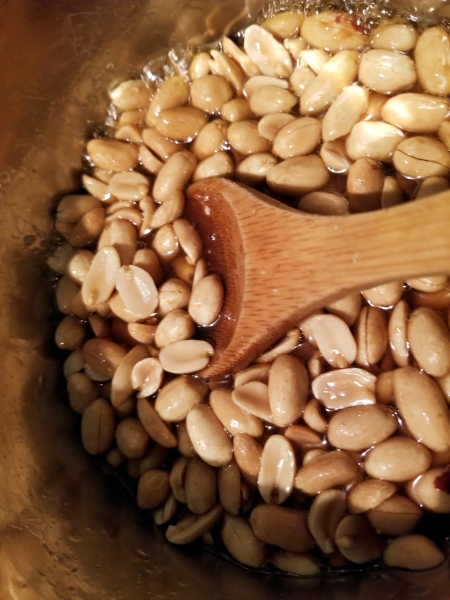 I also had doubts about the baked fish and eggplant, fearing the dish too bland. After baking the layered casserole, however, the flavours came together and I admit it was quite good, tomato-y and onion-y with cinnamon and garlic undertones.

The saka-madesu was my favourite savoury dish on the table, and I’m glad I used fresh chard instead of frozen cassava leaf, because the bright green chard had a really nice flavour alongside the white kidney beans, onion, leeks, and bell pepper.

We scooped up everything with chunks of fufu. I made a green plantain variety. Although yam is more common in the DRC, I was curious about a plantain-based fufu, especially after the predominantly corn-based sadza, nshima, and pap. It took a lot of muscle, squishing and squashing that plantain until it dough-ified. Green plantain has a very mild banana-like flavour, and it went well with the fish casserole and chard and bean stew.

It felt good to be back in the kitchen, reading through recipes and desperately stirring six things while trying to figure out what was burning, and it felt great to sit down to the first WSW meal of 2019.