Eric had eaten Salvadorian food once before, when he lived in Texas, where there is a large Salvadorian population. Flavours familiar to us because of their presence in Mexican cuisine are very prevalent in the Central American region in general, so Eric was not surprised to find this assignment featured similar elements to our Guatemala and Mexico assignments. He was already familiar with Salvadorian pupusas, and was excited to find a number of great recipes on the cooking blog Cocina con Adela. 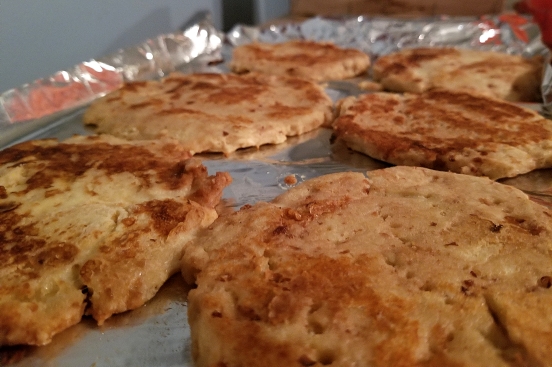 Pupusas: A cornflour dough kneaded with refried beans and cheese before being flattened into a patty and grilled. 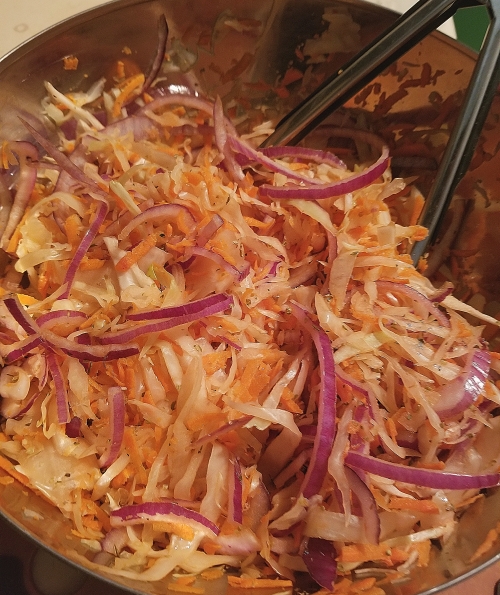 Curtido con Aderezo de Tomate: The Salvadorian take on coleslaw — carrot, cabbage, and red onion pickled in vinegar for at least a day, and dressed with a tomato dressing. 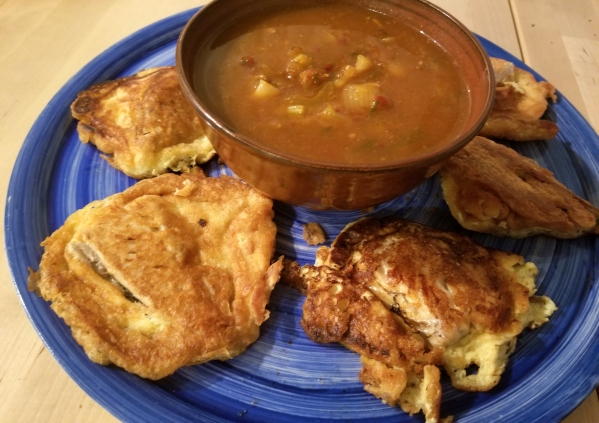 Rellenos de Pescado: A fluffy fish omelette made from mackerel coated in whipped egg, then topped with a sauce of tomatoes, chillies, onion, and spices. 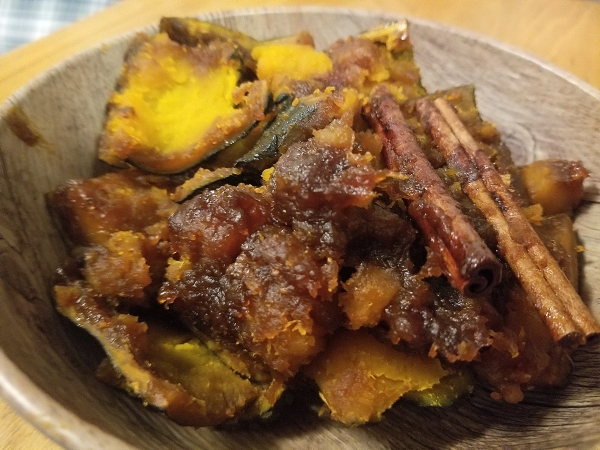 It was at Perola Market in Kensington Market here in Toronto that Eric found all his chilli peppers, refried beans, corn flour, and spices. He found mackerel and kabocha at Asian supermarket H Mart. All his other ingredients came from our local grocery store.

Pupusas are an everyday Salvadorian staple, central to the local culinary experience. Eric found them a little tricky to put together — he wasn’t altogether pleased with the shape as they weren’t perfectly round, but felt that perfect pupusas probably come with years of experience, and that a Salvadorian abuela with years of pupusa-making under her belt would make flawless pupusas every time. I thought they looked great, though, and they tasted so good with their pockets of refried beans and cheese. 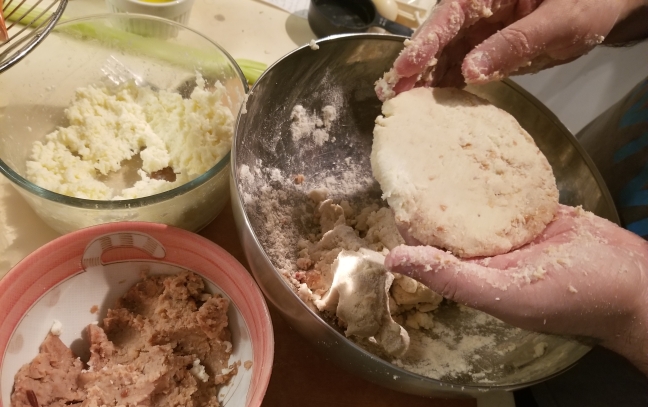 Eric served them alongside the curtido slaw, which had been pickling for two days. (Eric forgot to reduce the recipe for two, so we have three mason jars packed full of curtido in our fridge now). It was fresh, crisp, and juicy, and the tomato dressing was a little something different that went well with both slaw and pupusas. 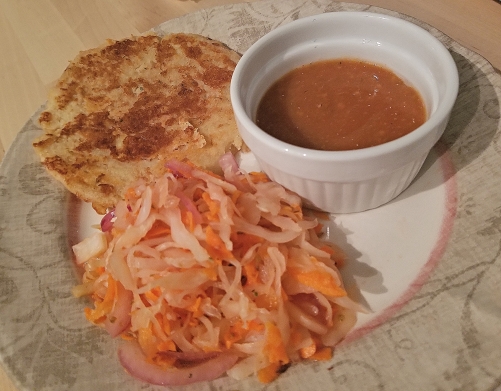 Eric enjoyed the process of making the rellenos de pescado, except the part where he meticulously de-boned the mackerel (and for his efforts, we did not find a single bone in the dish). First he pan fried the mackerel, fluff-ified eggs and dipped the mackerel in it, then fried the egg-coated mackerel again. The result was an ultra-fluffy egg omelette with juicy, salty mackerel inside. The rellenos were topped with a tomato and chilli pepper sauce. 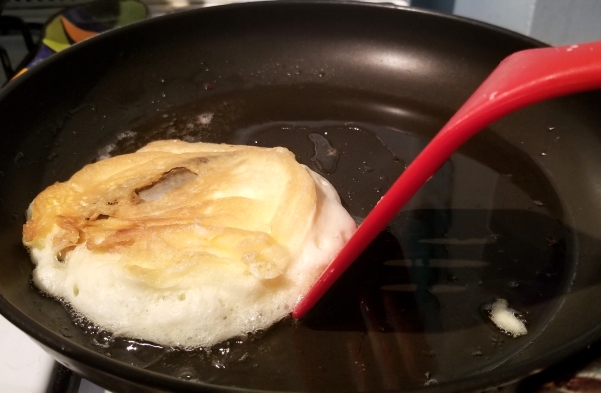 For dessert, Eric opted for a simple fruit-and-sugar dish. The ayote con dulce was made by stacking pumpkin slices around domes of jaggery sugar and heating it all in a large pot. The pumpkin became soft and starchy, reminiscent of baked sweet potato, but much sweeter because of the caramelized jaggery (piloncillo, as it is locally known). 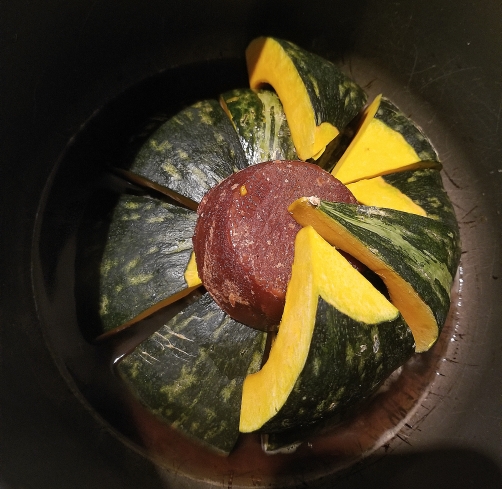 Eric and I are looking forward to a pupusa-and-curtido breakfast tomorrow (and probably a lot of curtido-accompanied meals after that).