Eric and I have been to Estonia and Norway and loved the food, so Eric was excited to have the chance to explore the culinary traditions of a country in the neighbourhood. His Finnish knowledge was limited to Moomins, hockey players, and the Netflix show Bordertown, so he got to researching. He was surprised to learn that Finland has far from a glowing reputation when it comes to food, at least among former European leaders. Eric was determined to prove them all wrong. He came across Finnish pasties, and built a meal around them. 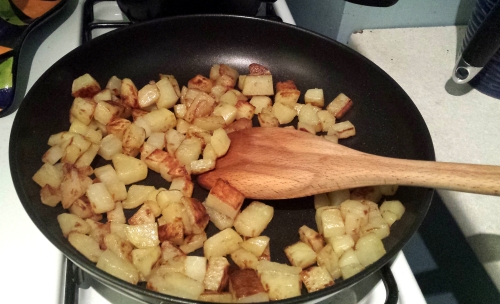 Lemon and Herb Potatoes: Potatoes fried up with lemon, parsley, and cream. 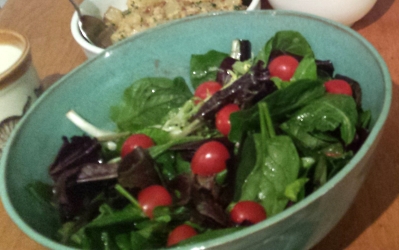 Smoked Herring: Eric was forced to buy smoked fish since we regrettably don’t have a smokehouse. Minced and garnished with white pepper, the herring has a strong, fishy, smoky flavour.

The rye flour was easily located at our local bulk store. Trusty fishmonger Hooked came through for the perch, and smoked herring was found on the shelves of Mike’s Fish Market at Toronto’s St Lawrence Market.

Eric grew discouraged when the pasty dough was first too sticky, then too dry, then too sticky again. He called me in for support. I’ve worked in a bakery and am not a stranger to pasty panic. We whipped up those piirakats in no time.

It must be admitted that we both found the finished product rather underwhelming. The rye pastry has a characteristically underdone texture. The rice inside was pretty lacklustre. Topped with the buttery egg mix, though, they were pretty enjoyable.

The potatoes were a highlight for me — oily and lemony and parsley-y — as was the smoked herring. I must be vitamin deficient this week, because I ate about four helpings of salad. The dressing was very mild and the feta was nice and salty to go with it. We enjoyed the meal with Finlandia vodka in our glasses. Kippis! 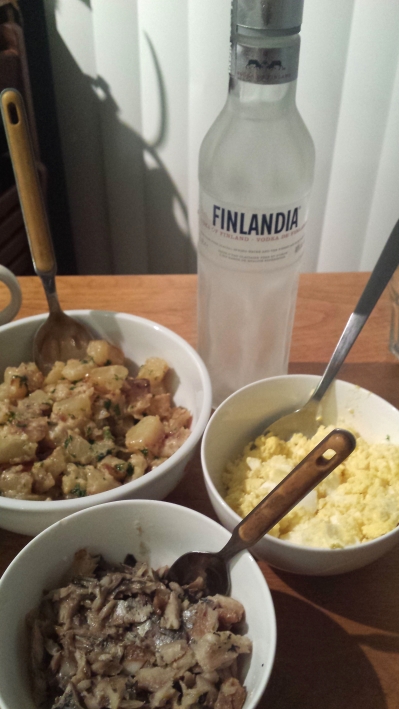