Eric saw barramundi — an Australian white fleshed fish — for sale at a local rural market two years ago, and has been talking about it ever since. He finally got to live his dream and make a purchase of the frozen — and pricey — seafood, and set about creating a menu. It wasn’t easy, he said, because many of the typical regional dishes were already covered in my New Zealand assignment. In the end, he was proud of the menu he put together, and said he felt it was a good representation of Australian cuisine.

Beetroot and Apple Salad: A salad of spinach, grated raw beetroot, and cooked Granny Smith apples (a cultivar which originated in Australia in the 1860s), dressed with olive oil and orange zest. 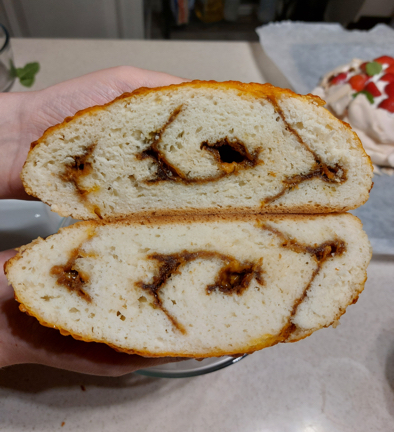 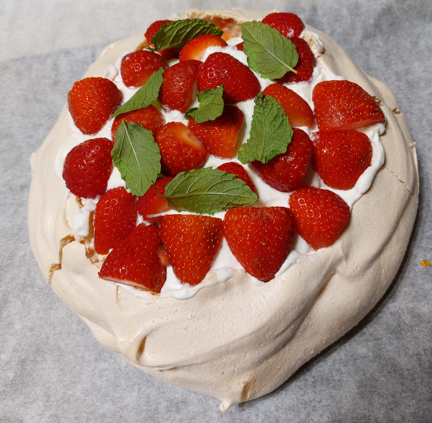 After purchasing the barramundi from the country market, Eric ventured to Blighty’s British Store in Orangeville, about an hour northwest of Toronto, for Vegemite. Everything else he needed came from our local supermarket.

We tried the barramundi first, because after two years of talking about it, we had to see if it lived up to the hype. The fish is fairly typical of other whitefish, with a flaky texture and mild flavour. Blackened and seasoned, it was crispy and delicious, and did not disappoint.

The salad was, like many fruit-and-veg salads, sweet and savoury in equal measure, fresh and juicy, with a nice tang from the orange zest.

For me, the damper was the surprise of the evening. Eric has long declared it his superpower that he neither loves nor hates vegemite (a famously polarizing food). This was my first ever vegemite experience, and I went into it with not a little trepidation. Vegemite is a brewing yeast byproduct. It is extremely salty and malty. The pockets of vegemite within the damper were concentrated but pleasant. They were complemented by the cheddar cheese, and tempered by the fluffy bread itself. We both loved the damper. 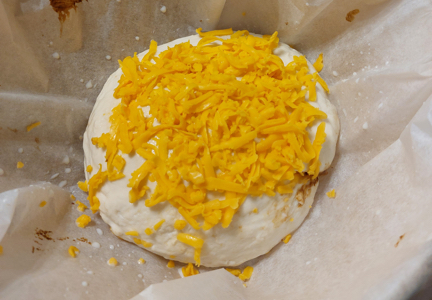 We ended our meal with a serving of delicate Pavlova. The meringue itself had only a hint of eggy flavour, but otherwise was merely the vehicle for whipped cream and fruit, which can never go wrong. 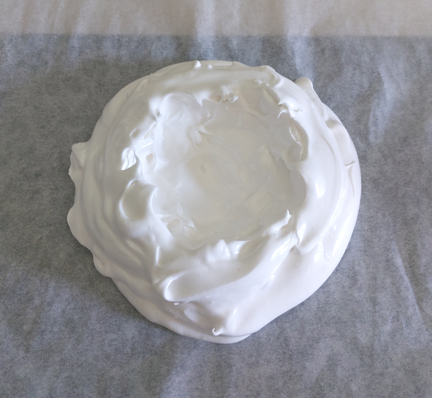 This was a long-awaited meal full of surprises. I would say I am now confidently pro-vegemite. Ish.