I was really excited for my Jamaica assignment. I love Caribbean food, and have enjoyed it done well in a few spots in Toronto, including the Real Jerk in the city’s east end, and Island Foods in the west. I knew from the get-go that I wanted to try my hand at Jamaican patties, and built a menu around that.

Brown Stew Fish: A red snapper stew in a soy- and HP-based sauce, with tomato, pepper, and onion, served over rice.

Prep and cooking time: 90 min (including marinating time for the fish)
Difficulty: 3/5

Gizzadas: A Portuguese pastry that has found a home in Jamaica, this dessert consists of a pinched pastry shell filled with brown sugar and shredded toasted coconut.

Most of what I needed was already in our cupboards, but I did head to fishmonger Hooked, Inc. for fresh rockfish (a common snapper alternative here, where true snapper is very hard to find).

The ginger beer got started a day early to ensure it would steep for long enough. True ginger beer would ferment for a while, but I used a quick recipe that called for soda water for carbonation, so my fermentation process was reduced to just about 24 hours. The beer came out the perfect level of gingery — not overpoweringly spicy, but still with enough of a kick to make it an enjoyable accompaniment to our meal.

The brown stew fish was the main part of the meal. The rockfish was marinated in lime juice, salt, and pepper for about an hour before being added to the stewed vegetables. Just 3/4 of a scotch bonnet gave this dish a really nice heat. The HP/soy combination made for a sweet and sour experience, and the fish itself was juicy and flavourful. 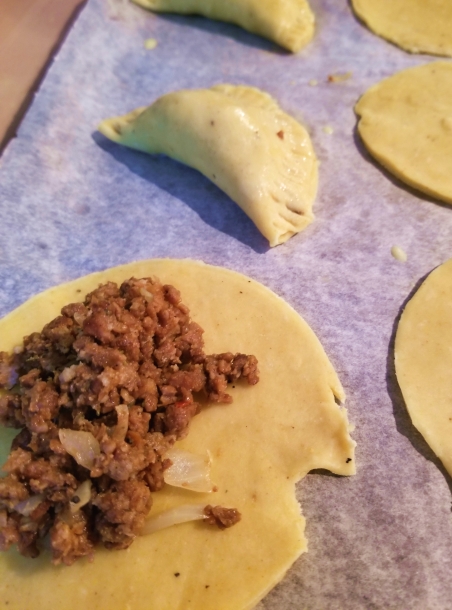 I was a bit disappointed with the texture of the Jamaican patties. The pastry turned out quite crunchy, rather than soft as I had hoped. The flavour was great, though, and I ate two quite gladly. Eric reminded me that the corner store Jamaican patties we often see, with soft, flaky pastry, have been loaded with preservatives, so maybe my crunchy ones were more authentic? I’ll have to ask someone in the know. 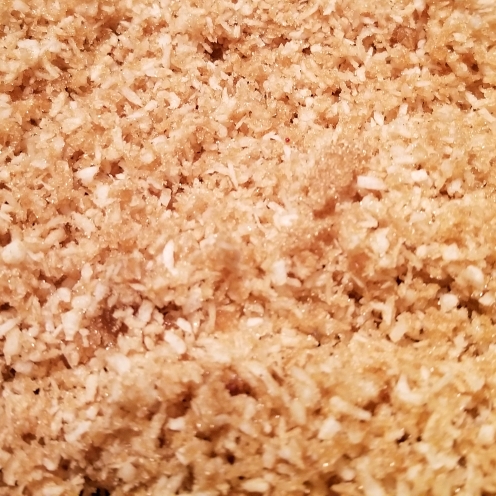 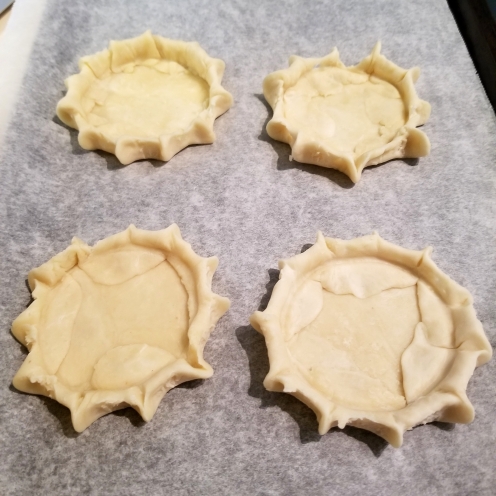 The gizzadas had a great coconut-y, brown sugar-y taste, and a nice crunch. The pastry was very fiddly for these, and it took me so many tries to get the shape right. With each try, the dough got harder to work with, and in the end I had to settle for what I got. If I made these again, I’d add more butter to the coconut topping, which I found a bit on the dry side. 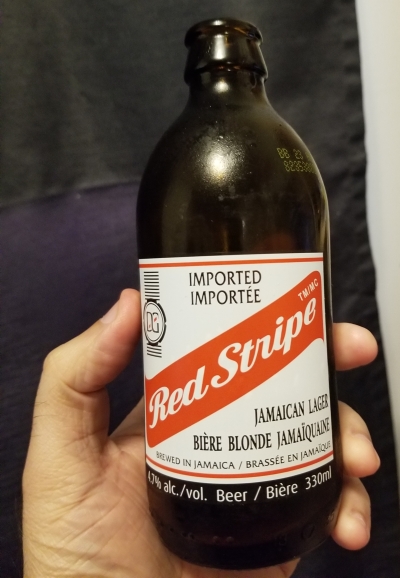 Eric enjoyed his meal with a Red Stripe Jamaican lager (I’m not a lager drinker, so I had extra ginger beer). We both proclaimed brown stew fish to be the standout of the evening. With assignments like this, that barely dip into a vast culinary canon, I often finish inspired to cook more, and this was the case for Jamaica. I expect it won’t be too long before our kitchen smells like Jamaican curry and scotch bonnets again.