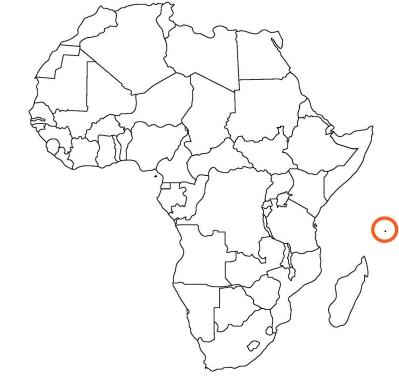 Seychelles was largely uninhabited, save for the odd passerby, until the 18th century, so the archipelago nation has a relatively young culinary tradition, built by the French, English, Malagasy, and other East African immigrants, as well as proximity to South Asia. The result is a spicy cuisine rich in seafood. Eric had a little trouble finding recipes at first, but hit the jackpot with the fantastic blog Ki Menu Tanto. He created his menu around fish-heavy dishes, with a nod to Seychelles’ Indian influence and a dessert that is a European import with a tropical twist. 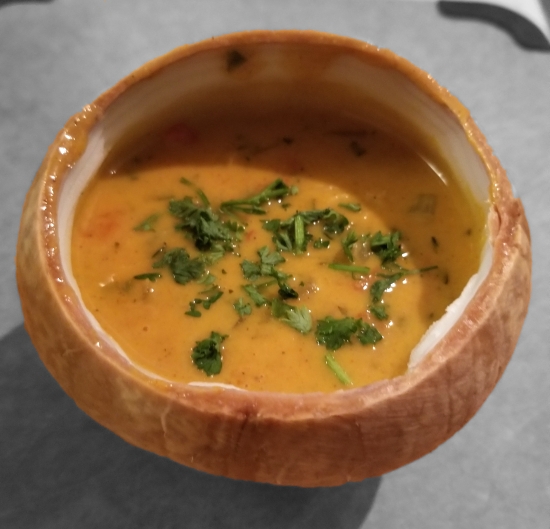 Corossol Cheesecake: A soursop cheesecake with a ginger cookie crust.

Eric and I finally made the trek to Nations, a huge grocery store that stocks ingredients from all over the world. There, we found a huge, ripe soursop (a fruit that looks like a dragon’s egg), baby octopuses, and fresh grouper. Bulk Barn provided us with coconut-based condensed and evaporated milks for the cheesecake.

As an overall culinary experience, Seychelles was fantastic. There was nothing on the table that wasn’t outstanding. Eric and I started with the octopus curry, which was very spicy (served up in coconut shell for some added ambience). Octopus has a mild flavour and went very well in the coconut milk-based curry, with chunk of tomato and onion.

We attacked the whole baby grouper with our hands, breaking apart the crispy fish and eating it in scoops of white rice. The fish itself was juicy and the curry rub was delicious. Eating an entire fish entails removing a lot of bones, which neither of us love, but it was worth it for both the flavour and experience of this dish.

If you’ve ever tried Sri Lankan vadai, you’ll find the gateaux piments familiar. These little fritters are spiced with crushed curry leaf, shallot, and hot peppers. Eric served them with a sweet chilli sauce. I’m already a fan of vadai, but these, made with ground yellow split peas (vadai is made from chick peas) had a crispier texture. They were a perfect side to the other dishes. 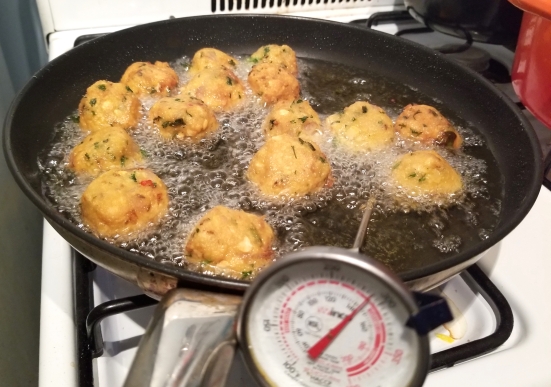 Finally: dessert. If I had to give one menu item the honour of being the dish of the night, it has to be the corossol (soursop) cheesecake. Eric broke open the soursop the night before our dinner, as the cheesecake had to set overnight. He spent ages picking out the seeds and scooping out the soft, white flesh inside. The cake was not as firm as he had hoped — he replaced regular condensed milk with coconut condensed milk and found the mixture far too thick, but thinning it with coconut evaporated milk made the mixture too runny. It didn’t affect the flavour, though, which was outstanding. The corossol has a sweet and sour flavour, which, in combination with the ginger cookie crust and the cream cheese, was mouthwatering.